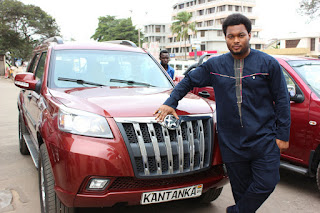 I wake up early every morning just to catch the morning show hoping that I'll meet one of those rare occasions where a technocrat is invited to share his thoughts on the many "challenges" Ghana faces...But what do I get? Bureaucrats who try to gain face for their parties or try to spread their own political image and ambition. "Government" has become that figure which we can all safely point fingers at because guess what,they make it very easy. A few years ago news broke out about a man who manufactured cars from scratch. Wow! I thought at that time that definitely Ghana was on its way to becoming a world power. The man not only made cars but everyday appliances like TV sets,W.C's, airplanes, generator sets and what have you - all from scratch....he wasn't just assembling parts. By now you at least have an inkling of who I I'm going on about (I won't put down his name ,that's if you are waiting for confirmation). Now I would
Post a comment
Read more
More posts